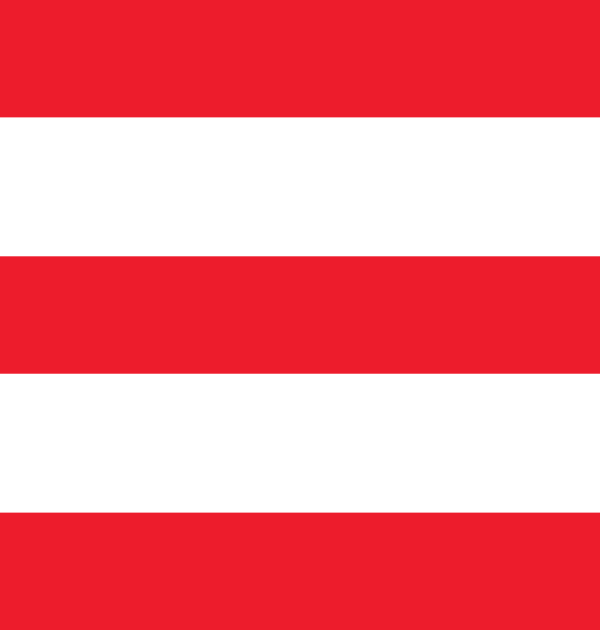 One specialist service – the Seniors Legal and Support Service (SLASS) provides free legal assistance and support to people over sixty (60) years who are at risk of, or are experiencing elder abuse or financial exploitation. SLASS began as a pilot in 2007 funded by the Queensland Government in five sites including Brisbane, Toowoomba, Hervey Bay, Townsville and Cairns. SLASS was triennially funded in 2010 and is due to renew its funding in 2014.

A Need for Early Intervention?

During the first few years of service provision, Townsville Community Law noted that SLASS clients would often have limited legal or other remedies available to them. SLASS identified a need for early intervention and prevention around elder abuse and financial exploitation.

In 2010 Townsville Community Law held the Step Up Speak Out Campaign to mark World Elder Abuse Awareness Day held on 15 June annually. As part of the Campaign, two seniors’ forums were held at Townsville RSL Club. The forums gave several hundred seniors an opportunity to step up and speak out about issues affecting them. Actress Una Way portrayed scenes from Aviva Ravel’s play Dance Like a Butterfly. In Dance, Tillie Rheinblatt is an octogenarian recovering from an operation. As hospital staff and relatives visit, she takes her audience on a journey that examines our conceptions of old age. Way’s portrayal of Tillie prompted seniors to reflect on key ageing issues.

The forum’s concept came from the World Health Organisation and International Network for the Prevention of Elder Abuse report Missing Voices: Views Of Older Persons On Elder Abuse. This report called for seniors to be empowered to exercise their own rights and advocate their own interests.

In 2011 Townsville Community Law published Townsville Seniors Speak Out reflecting the views and conclusions of the forum participants, including recommendations for areas of policy intervention and attention.

After the forum, SLASS’s approach to elder abuse shifted. In 2011 a primary legal intervention was established. Called Seniors Creating Change (SCC) it focused on seniors empowering themselves to call for an end to elder abuse and raise awareness of root causes such as ageism and social isolation.

The strategy was underpinned by the UN Principles for Older People and based on a Public Health Model.

Seniors Creating Change was designed to capture the attention of the community, media and politicians. In 2011 a Queensland Government Regional Arts Development Fund Grant funded the pilot. These funds secured the services of a Registered Music Therapist and a Theatrical Director to put the model into practice. It also funded associated costs such as musical instruments.

Practice sessions involved warm-up vocal exercises and light stretches lead by the Music Therapist. Group decision-making processes were developed and morning tea facilitated socialisation among the members. Five practice sessions occurred before the debut performance. The first session explored the purpose of the group, discussed singing experiences and begun singing songs from a songbook created by the Therapist. The second and third sessions focused on song choice. The third session had members explore what they would change if they had the opportunity. 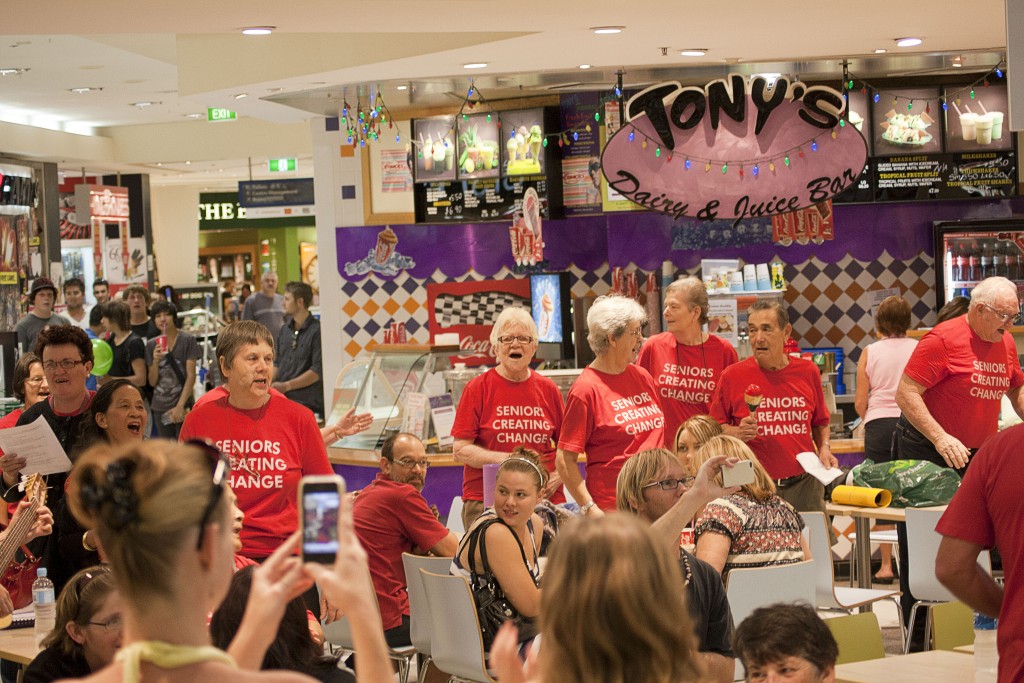 The debut performance was a ‘flash mob’ at Stockland Shopping Centre in Aitkenvale. This flash mob consisted of thirty (30) seniors surprising shoppers in the Food Court. The seniors stood up, peeled off their over-shirts to reveal a common red t-shirt and sang Seeger and Hay’s classic, civil rights movement song, ‘If I had a hammer’.

The performance roused considerable interest among media sources. Footage of that event has almost 8,000 hits on YouTube. The debut lead to requests for future performances across North Queensland.

Given their initial success, SCC elected to stay together. Throughout 2011, they continued to sing for change and raise awareness of issues affecting seniors. They aimed to create awareness, connect seniors with the community, promote positive images of seniors and most importantly sing for justice, freedom, respect and dignity. Within SCC, seniors were empowered to create change.

Since the debut, SCC met each Saturday for practice. They performed at many events in assorted venues. They developed a Facebook presence and email list of supporters. The group has grown strongly with a current membership of 90+ seniors from diverse religious and ethnic backgrounds. The outcomes for the group went further than initially imagined and included social re-connection for victims of elder abuse, increased inclusion for residents of nursing homes, increased awareness of elder abuse in the community and opportunities to socially and politically engage.